Tour from Prague to kutná Hora, castle Sternberg and the Church of St. Barbara

The tour price is not included

Entrance tickets to the historical objects

The time of collection at 08:45 on Wenceslas square near the Monument to Wenceslas ** on a horse**.. At 09:00 departure to the castle Czech Sternberg. The journey time to 40 minutes. On the bus with the band working as a professional guide in Russian. The beginning of the tour of the castle Czech Sternberg at 10:00. At 11:00 end of the tour of the castle and departure to the city of kutná Hora. Arriving in the Ossuary at 11:30. Attend The Famous Ossuary. 12:00 departure to the historical centre of kutná Hora to start a walking tour with a visit to the Church of St. Barbara. A walking tour is 1.5 hours. Then given free time until 16:00. Arrival in Prague on Wenceslas square and the Wenceslas Monument ** on a horse** at 17:00.

70 km from Prague in the late 13th century the town, which for several centuries was her competition, not behind nor in wealth, nor in beauty. And this town called Kutna Hora. It was founded by miners who mined in this area silver. And the silver was so abundant that it is found everywhere – in the river or at a wind-thrown tree. Category, competing in luxury with the people of Prague, tried to keep up, so they built the city of beautiful temples and houses. Church of St. Barbara beauty should not have to give the Prague Cathedral of St. Vitus. And come to the city the Jesuits near his Dorm built a terrace, which was reminiscent of Prague's stone bridge ( Charles bridge). In the early 14th century kutná Hora was moved from Prague mint, and the city minted silver penny with a high content of silver.

Journey to the city of miners totally exhausting. You will learn not only the history of the city, but also will learn how the life and work of the medieval miners, and why they are in the mines singing songs. And if you wish, you can even descend into a medieval mine and feel what you felt the miners, being deeply under the ground.

By visiting the silver Museum, You will learn the technology of making silver coins. But if You are interested in alchemy – the great-grandmother of modern metallurgy, then you can look at the alchemy lab located at the Museum of alchemy.

But of course we cannot deny myself the pleasure to sit in the restaurant "Dacicky", to enjoy there the venison or bear meat and all washed down with local beer.

Kutna Hora – a world heritage monument, protected by UNESCO, is waiting for You! 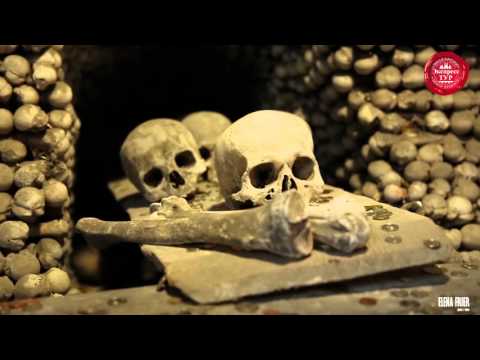 Service Bindplace.com this is a purely informational resource, the purpose of which is to help tourists in finding the best travel Agency to organize your stay. We not sell tours and other services, and set the connection of tourists with the best tour companies operating in relevant tourist destinations